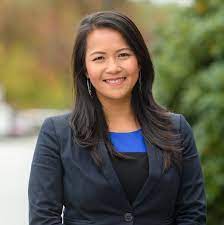 This progressive victory came as an upset over the most conservative member of the Massachusetts House as Tram Nguyen stayed true to progressive values, stemming from her experience as an immigrant, a refugee, and an attorney for crime victims from vulnerable populations. Nguyen’s opponent was a pro-Trump and anti-LGBTQIA+ politician, but her election as the first-ever female Vietnamese-American woman elected to office in Massachusetts brought progressive representation to a previously red district.